FUEL is leveraging technology through online resources to reach the nations with the Gospel. We have currently reached tens of thousands of souls for Jesus through our online platform. Not only do we share the good news of Jesus Christ, but just as important we connect them with a mentor to be Disciplined and teach them all that Christ has commanded us to do.

If you’re tired of facing your struggles alone or feeling hopeless in your pursuit of a life free from sin, we want to challenge you to 40 days of The FUEL Study. The Study will give you a clear Biblical path to a life of freedom you’ve always wanted. Join the 100’s of men online right now that are learning from God’s Word as it is broken down each day along with the practical application to be transformed by the renewing of your mind (Rom 12:2).

Too often in our Christian growth, we learn and learn and don’t apply the truths and commands from God’s Word. We sometimes even deceive ourselves to believe that learning more and more about God and the Bible is spiritual growth. There’s nothing wrong with learning, but let’s be honest about it, it’s the next step – putting what we’ve learned into action that causes the growth.

We are building a network of local meetings at a church near you. This is a time to get together with other brothers that are transparent and real and most importantly have a spirit of love toward those that are struggling in habitual sin. We will take one of the 40 Day online studies and break them down each week.

We want to be one of the agents of change among Christian men in America that advances the kingdom and rebuilds the family. We do this primarily through weekly men’s meetings where we study God’s Word and live it out together through accountability and transparent relationships based on love.

FUEL Ministries is building a network of meetings in communities that will serve the local church. In addition to the physical meeting, we have an extensive online Bible Study that is focused on teaching men the Biblical prescriptions used to battle the strongholds in their lives that are holding them down.

Another cornerstone of the FUEL ministry is The Jordan Center, which is a 100-man recovery center that is based on discipleship and making disciples that make disciples. We also us the E3 process of Encouragement, Equipping and Empowering men to carry out the great commission with the gifts that God has given them.

The last two pieces of FUEL is to be proactive in reaching parents of Jr. High and High School students with the tools to equip them in understanding the pitfalls of technology that their kids are in or will be introduced to, in an addition to quarterly outreaches to get the word out about FUEL Ministries and be able to minister to men in the community that are caught in the bondage of sin and might not know Jesus.

If you’re interested in joining the FUEL Ministries Team, please get in touch.

Matt Founded FUEL Ministries in June of 2016 after serving men for more than a decade in North Orange County through Beachcities Community Church where he launched a ministry called R.O.F (Recovering Our Freedom), Along with starting a men’s movement with Men’s Retreats, Surf Retreats and Mens small groups. Matt received a degree Business in 2000 from CSULB and has worked for companies such as Raytheon, Best Merchant Rates, MITEL Corp, Industrial Valco and Leverage Sales Coaching Matt has been married to his wife Heidi for over 18 years and has three children – Mateo, Noah and Mercy.

Board of Directors Current

Rob Raban has been the President of Industrial Valco for more than 30 years. He also has served on the board of the American Supply Association and is a published author of a book called Trusting God in Cancer. Rob is a graduate of USC with a degree in Marketing in1984.

Board of Directors Current

Mike is a Real Estate Broker with Coldwell Banker in Southern California. Mike has been involved with supporting Men’s Ministry for over a decade and has a passion for prayer. He is a Barnabas Group Member and serves in several ministries in North Orange County.

Ken graduated from the University of Pepperdine School of Law and Post Graduate studies in medicine for attorneys at USC and UCLA. He practices Civil and Criminal Law, Mediation, Medical Mal Practice, Real Estate Law for over 42 years. Ken has also sat on the County Superior Court Alternative Dispute Resolution Committee for the last 4 years.

Seth graduated from Teen Challenge Discipleship program where he was a student leader over banquets and sanctuary. While there he learned Leadership and mentoring skills. He is currently attending Calvary Chapel Bible College in Costa Mesa California. Seth now works for FUEL as the Ministry Development, and has been married to his wife Jackie for 3 years and has 3 kids, Jillian, Jett, and Jessa.

Ben runs several FUEL Meetings in Southern California and is a worship leader on the side. Ben teaches at New Spirit Recovery in Huntington Beach, where he serves both men and women going through their impatient programs. He also is in management at The Pelican Hill Resort in Newport Beach California.

Randy is in IT management for one of the largest mutual fund companies in the World. He serves at FUEL in the capacity of Technology and has also mentored men for over a decade.

Sean leads a recovery meeting in Huntington Beach, CA and has been mentoring men for over a decade. He is an insurance broker and very involved in men’s ministry at his local church.

After a life imprisoned, Dan met Jesus and his life has never been the same. Dan has led multiple residential sober living houses, in Southern California. He currently mentors multiple men at FUEL and is a licensed Chaplin.

1. God is sovereign over everything. Declaring the end from the beginning, and from ancient times things which have not been done, Saying, ‘My purpose will be established, And I will accomplish all My good pleasure’; Isaiah 46:10 (NIV)

2. The Bible is absolute Truth and is the breath of God in the written word. All Scripture is breathed out by God and profitable for teaching, for reproof, for correction, and for training in righteousness, 2 Timothy 3:16 (NIV)

3. Prayer is what we rely on to accomplish anything. 12Very truly I tell you, whoever believes in me will do the works I have been doing, and they will do even greater things than these, because I am going to the Father. 13And I will do whatever you ask in my name, so that the Father may be glorified in the Son. 14You may ask me for anything in my name, and I will do it. John 14:12-13 (NIV)

4. Multiply the gifts that God gives. 19Now after a long time the master of those servants came and settled accounts with them. 20And he who had received the five talents came forward, bringing five talents more, saying, ‘Master, you delivered to me five talents; here, I have made five talents more.’ 21His master said to him, ‘Well done, good and faithful servant. You have been faithful over a little; I will set you over much. Enter into the joy of your master.’ Matthew 25:19-21 (ESV)

Some of Our Ministry Partners: 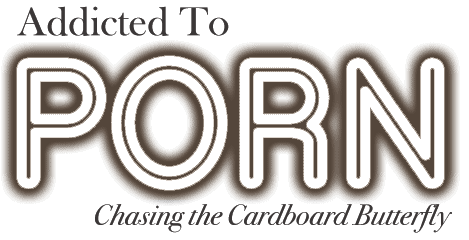